After the conclusion of the 5G frequency auction and other relevant bands at the end of 2021, it is important to provide a first overview of the development observed in the next generation mobile networks, known as 5G. 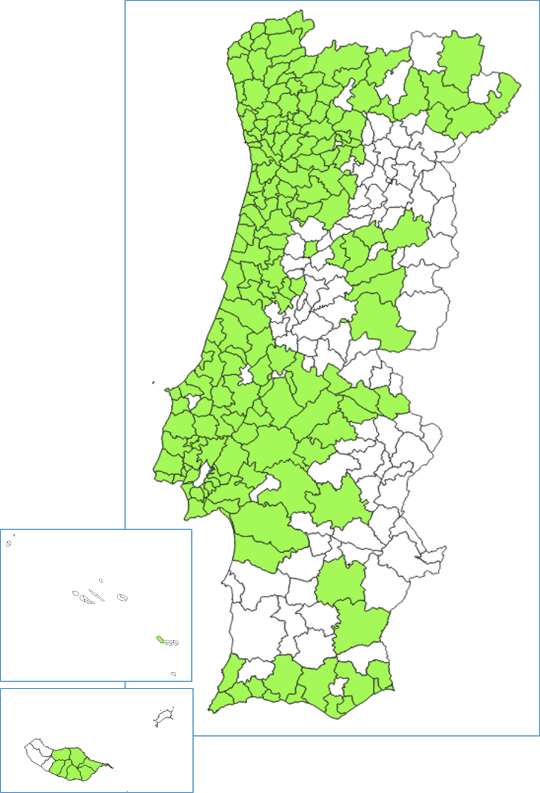 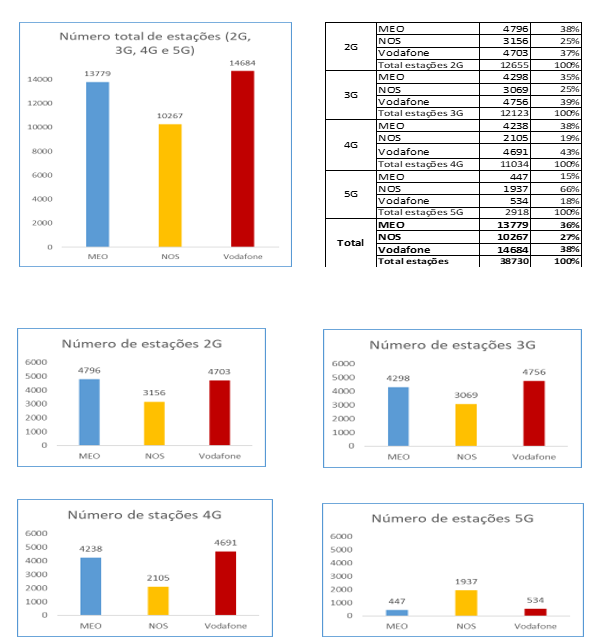 It should be noted that many of each operator’s 2G, 3G, 4G and 5G stations are located in the same place, so it is important to analyse the total number of sites where each operator has stations. Thus, it is observed that Vodafone has stations in 5 019 locations, MEO in 4 883 locations and NOS in 3 553 locations.

Figure 3 - Number of sites with stations per operator 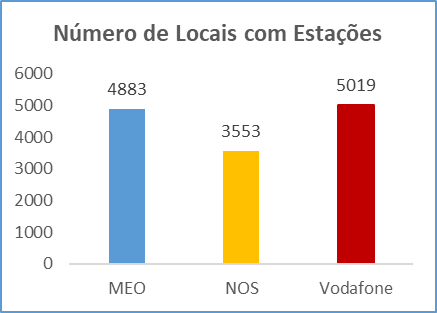 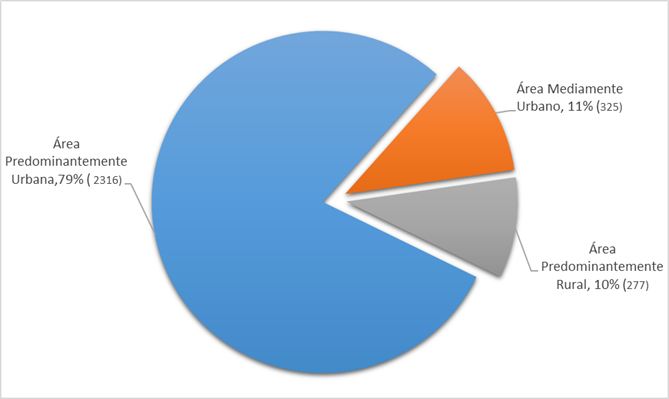 The analysis of the distribution of 5G stations across the country’s civil parishes, taking into account their population density, leads to the conclusion that only 13% of the total (372 stations) are installed in low density civil parishes.

Figure 5 - Distribution of 5G stations per type of civil parish 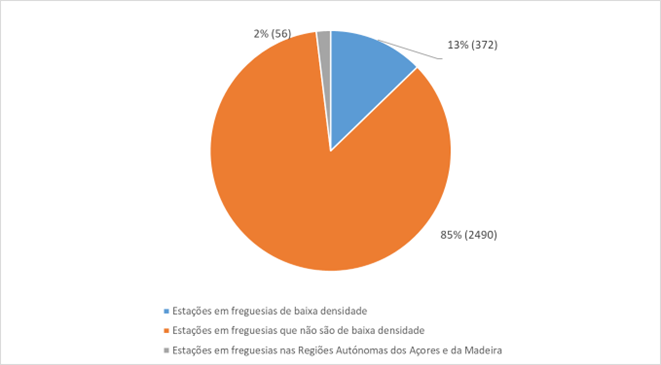 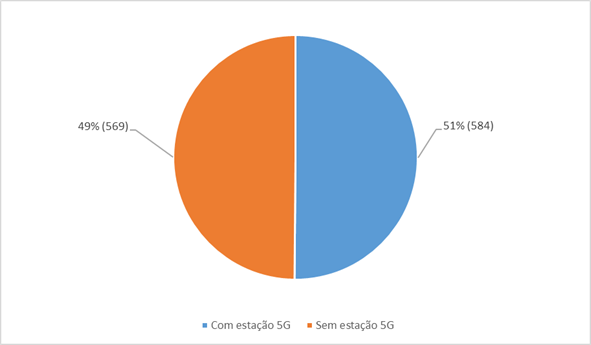 Also in the case of civil parishes of the Autonomous Regions of the Azores and Madeira, there is a very high proportion of those which do not have 5G stations, 88% of the total, i.e. 185 parishes. Only 25 parishes (12%) are already equipped with 5G stations.

Figure 7 - Low density civil parishes with and without 5G stations 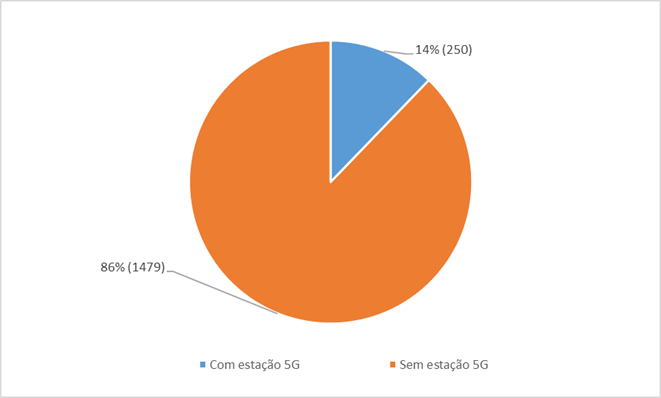 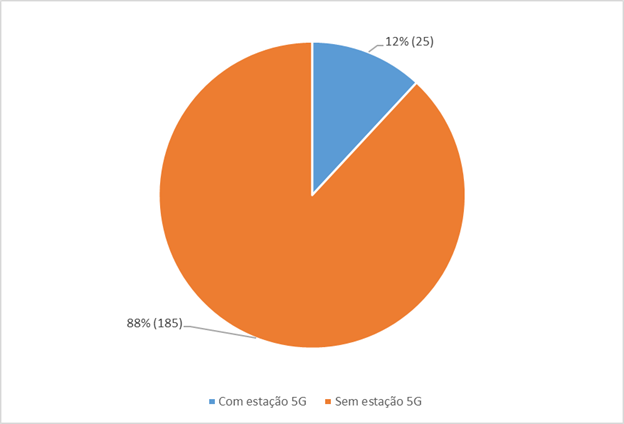 According to the available information, it is estimated that by the end of May, traffic carried on 5G networks represents around 5.3% of total mobile data traffic.

With the purpose of better characterising the 5G situation in the country, ANACOM carried out a wide range of measurements in all municipalities across the national territory, including the Autonomous Regions. Measurements, made with the NET.mede app, took place for the most part near the town halls of each municipality, with some additional tests having also been made while travelling. In total, 1682 tests were carried out between May and June in which the equipment’s operating system indicated the presence of 5G. 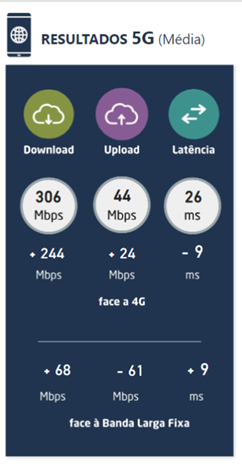 The average value of these tests carried out all over the country, in terms of download speed, was 306 Mbps, i.e. a value 244 Mbps higher than the one observed in 4G tests and 68 Mbps higher than the one observed in fixed Broadband tests. In the case of fixed Broadband, the value from the NET.mede report for the 1st quarter of this year was taken into account.

The average value in terms of latency was 26 ms, 9 ms less than in 4G tests, but 9 ms more than in Fixed Broadband tests.

As regards latency, the best results in terms of lower latencies were achieved in Almeirim, with 13.8 ms; followed by Torres Novas, with 14.3 ms; and Santarem with 14.5 ms.

According to the 5G tests carried out, there are quite uneven situations regarding the characteristics of the access to 5G available in the municipalities of the country that already have stations.

This information exclusively reflects the tests carried out and is not representative of the wide range of users in each region.

It should be noted that the information now disclosed is not enough on its own to assess compliance with coverage or network development obligations imposed on operators who acquired spectrum at the auction.