Between April and June 2020, 512 thousand internet speed tests were carried out with NET.mede, almost 80% higher than the number recorded in the 1st quarter of this year, corresponding, on average, to 5628 daily tests. In relation to the same period of the previous year, the number of tests more than tripled. This strong growth was influenced by greater use of the internet, following the declaration of the Covid-19 pandemic and the state of emergency, due to the pursuit of telework and schooling online.

Considering the tests carried out, 71% occurred in national fixed accesses of residential customers and 22% in mobile accesses. The remaining tests came from accesses identified as non-residential (6%), associated to foreign operators (0.1%) or undefined (1%) operators.

The afternoon period was the preferred time to carry out tests, both in fixed residential and mobile accesses, with highest incidence between 15 and 19 hours, while in the same period of the previous year it had been between 19 and 23 hours, which could arise from telework and remote schooling.

It should be noted that the tests were conducted practically all over the country. In the 308 municipalities of Portugal, 306 municipalities recorded speed tests in residential fixed accesses and 297 municipalities in mobile accesses.

Speed of residential fixed accesses higher than that of mobile

By region, to the Autonomous Region of Madeira showed the best results in fixed accesses, both for measured median downloads (74 Mbps) and uploads (39 Mbps), followed by to the Autonomous Region of the Azores for downloads, with 68 Mbps, and the Centre region for uploads, with 29 Mbps. The Alentejo recorded the lowest value for both parameters, with 34 Mbps and 19 Mbps, respectively. 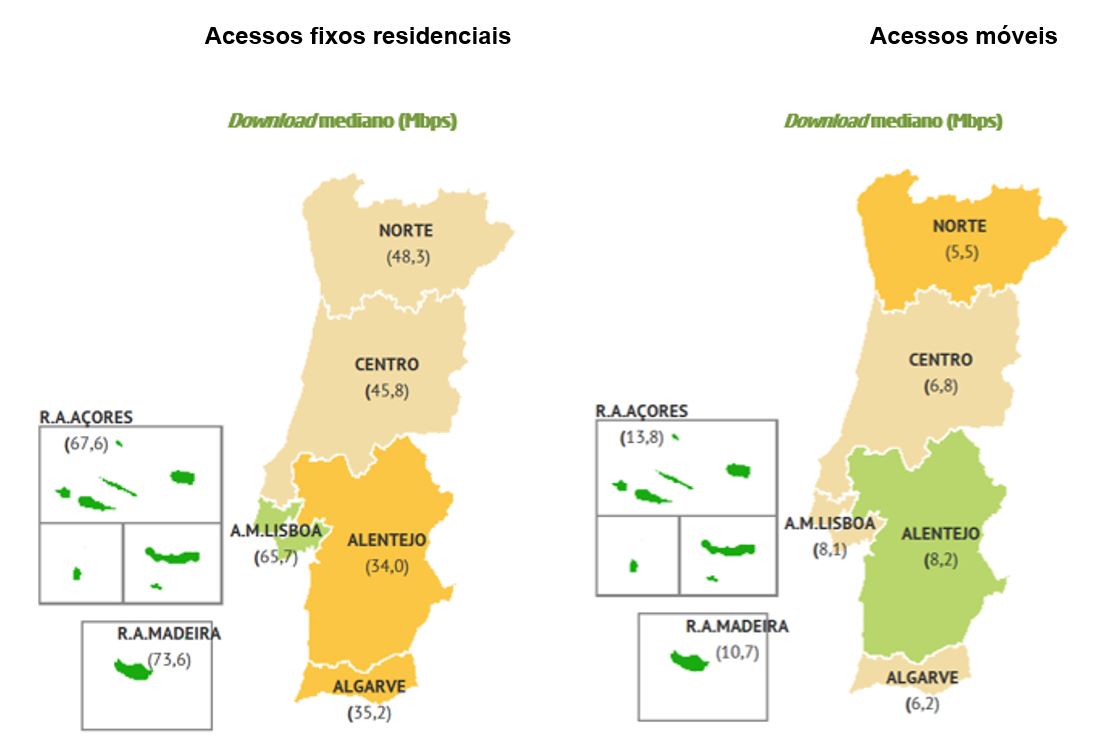 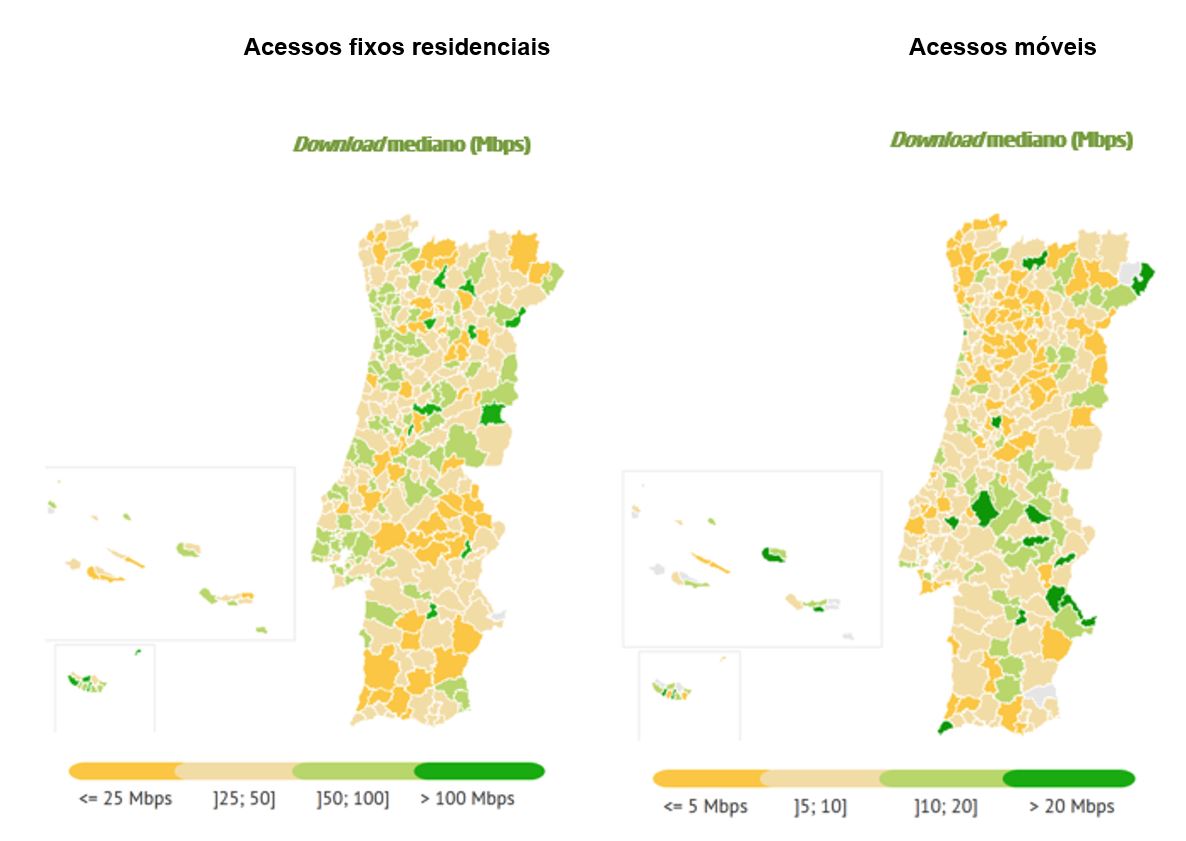