Voice traffic recovered the losses of the previous week, in which there were two national public holidays (Portugal Day and Corpus Christi), and resumed on its previous downward trend, now standing 13% above the figure observed in the period before the crisis. 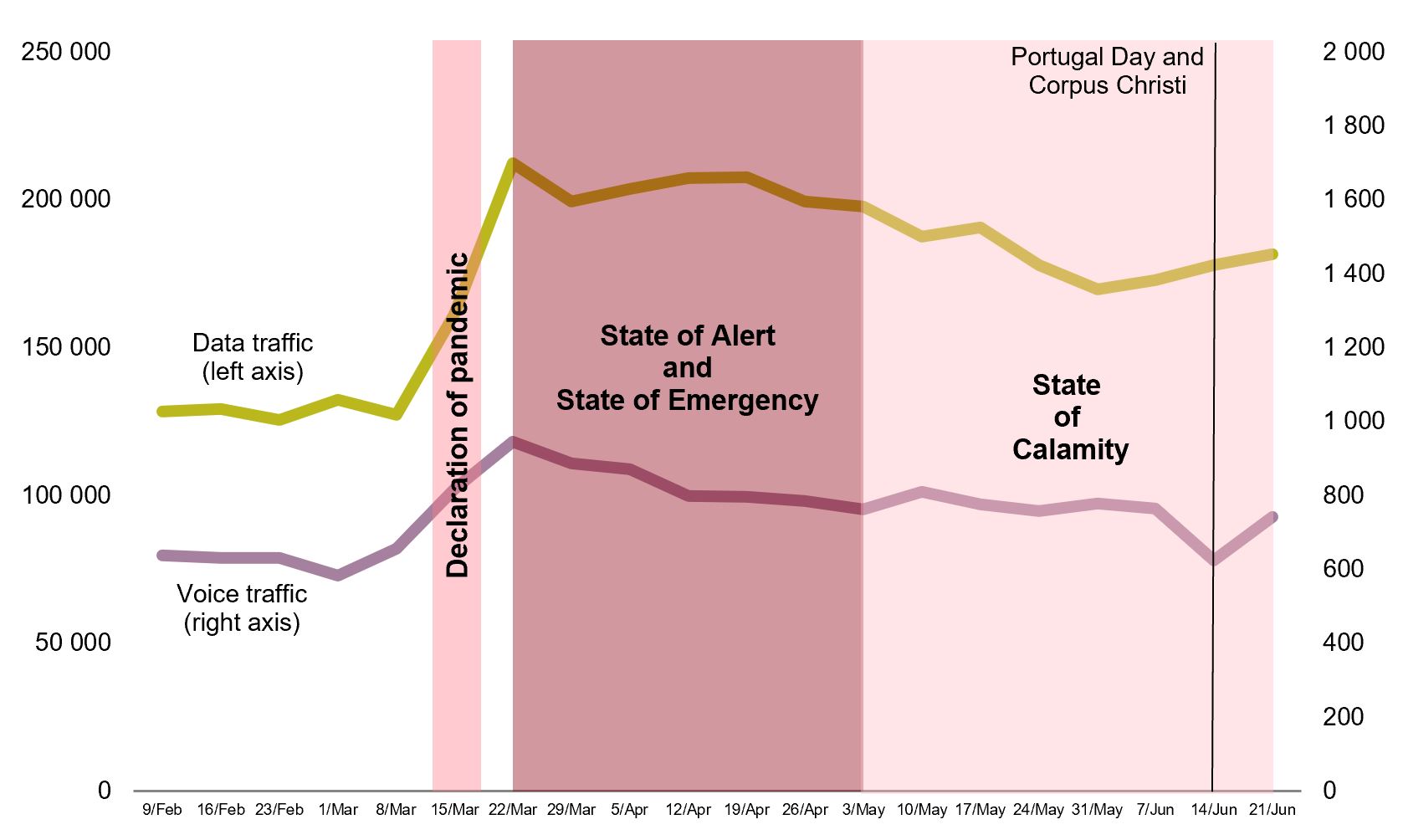 Compared to the previous week, all types of traffic increased except for mobile data which fell by 7%.

Note: Provisional and estimated data calculated based on the information of the four main entities that provide electronic communications services.

Fixed data traffic shows the highest deviation from the period before Covid-19 (46%), and represents more than 95% of total data traffic. Mobile data is merely 1% above the figure in that period.

Note: Provisional and estimated data calculated based on the information of the four main entities that provide electronic communications services.

During the week of 15 to 21 June 2020, postal parcel volumes increased by 48% in relation to the previous week, which had only three business days. The number of parcels in the week under review was 23% higher than that of the week before the declaration of pandemic. 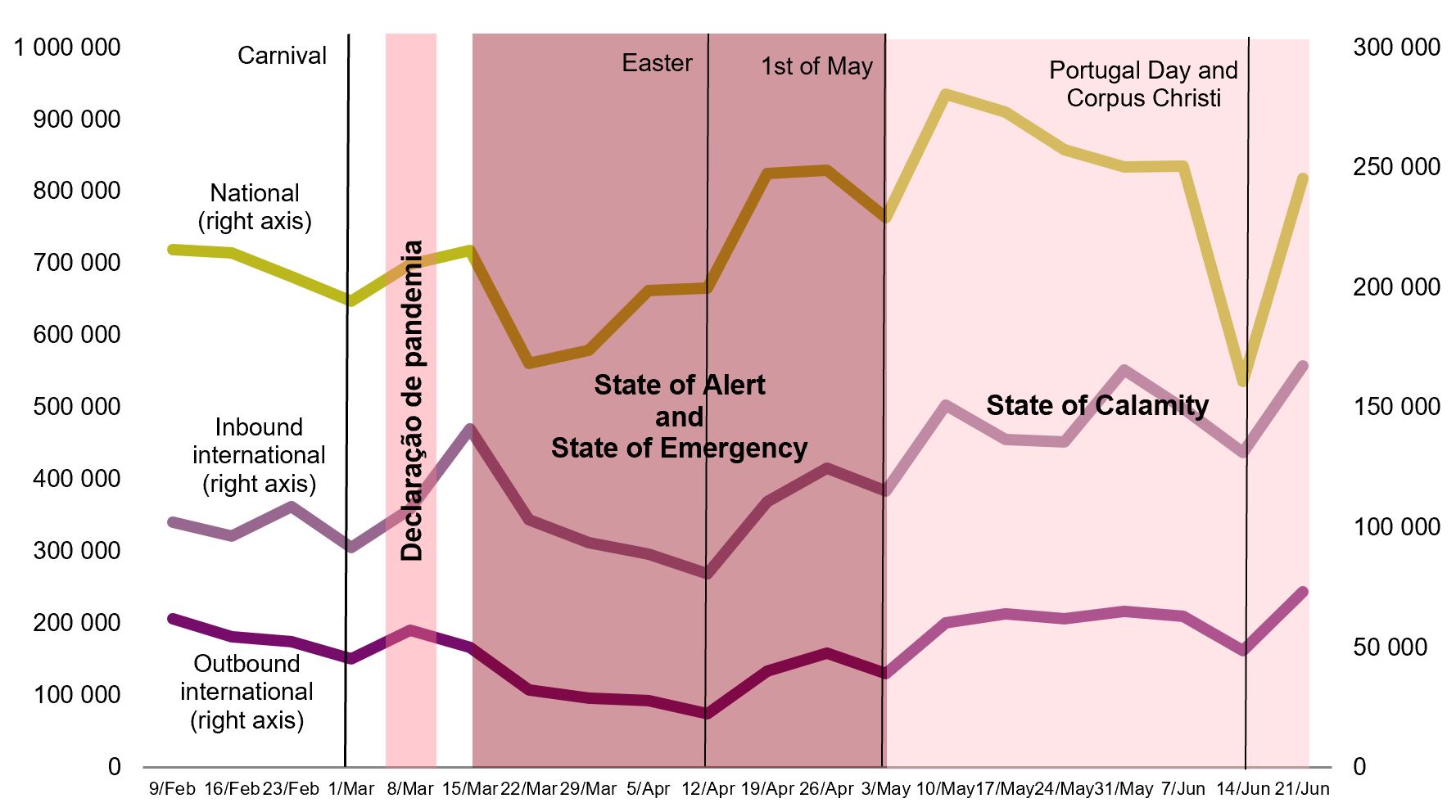 National parcels increased by 53%. Parcels sent to other countries and received from abroad grew by 50% and 28%, respectively.

Note: Provisional and estimated data calculated with representative information of around 75% of the volume of parcels.

The volume of all types of parcels stood above the figures recorded in the week before the declaration of pandemic (week of 2 to 8 March 2020).

Note: Provisional and estimated data calculated with representative information of around 75% of the volume of parcels.

During the same week that experienced a growth in data traffic, there was also an increase of tests of the speed of the internet service conducted through NET.mede, both in residential fixed accesses and mobile accesses.

During the week of 15 to 21 June 2020, the records indicate 3246 tests in residential fixed accesses, slightly above the previous week, compared to 2000 tests/day in the pre-pandemic period.

Concerning mobile accesses, the reduction observed in mobile data consumption was reflected in a reduction of the number of tests conducted, 935, compared to 1083 in the previous week. Even so, tests to mobile accesses are still greatly above the 368 tests per day carried out before the pandemic.

Complaints reach highest number since the beginning of the pandemic

The increased number of complaints against MEO (24% more) and against NOS (22% more) stand out particularly. MEO continued to be the operator that received most complaints, accounting for 36% in the sector.

The subjects most complained about continue to be contract management by the users, cancellation of services and breakdowns.

In the postal sector, CTT was the operator that received most complaints during this period, representing 73% of the total. The complaints against CTT increased by 70% in relation to the previous week, while those related to DPD grew by 110%. The subjects most complained about by the users were late delivery, postal items gone astray and lack of attempted delivery to the receiver.