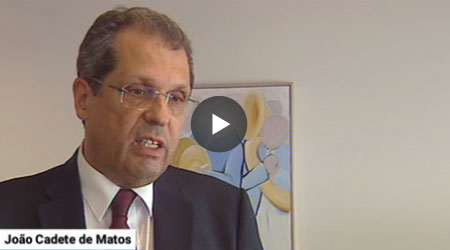 This reduction affects the prices of the circuits made available by MEO to other operators and providers of electronic communications services within the framework of the Reference Ethernet Leased Lines Offer (RELLO).

The main purpose of this decision is to improve the conditions of competition in the market, with benefits for alternative operators and service providers, who need to lease these connections to develop their businesses. In fact, with this reduction in wholesale prices, other operators are provided with conditions where they can offer services in the Azores and Madeira archipelagos, in order to provide better coverage of the various islands, with the expectation that the new conditions may lead to more and better retail offers, at more competitive prices, to the benefit of consumers.

With the reduction now approved by draft decision, prices for CAM circuits have fallen by more than 86% since 2015.

The draft decision was approved by ANACOM's Board of Directors which met in Funchal to inaugurate today the exhibition ''Selos Portugueses de Além-Mar'' (Portuguese Stamps from Overseas).

The official inauguration has the confirmed presence of the president of the Legislative Assembly of Madeira and representatives of the regional government and other local entities. The public opening takes place tomorrow, Thursday, and the exhibition will be on display for a month. With the organization of this exhibition, ANACOM is looking to bring the historical patrimony of the communications sector on show at Fundação Portuguesa das Comunicações (Portuguese Communications Foundation), where ANACOM is a founder, to a wider public.

With this aim, ANACOM plans to make this a touring exhibition, which will then go to the Azores and finally to Porto, opening the doors of its delegations in these places, free of charge, to all those who want to discover this philatelic collection, consisting of stamps issued in the territories of Portugal's former colonies, sharing a common history.

The exhibition, which has already been held in Lisbon over about five months, will show 88 stamps, which are part of the philatelic collection held by ANACOM, and the original designs on which the production of these stamps was based.

1 Contributions must be sent to spd-cam@anacom.ptmailto:spd-cam@anacom.pt. ANACOM appeals for broad intervention by the various agents and market participants concerned.