At the end of 3rd quarter 2017, there were 46.6 accesses per 100 inhabitants in Portugal, the highest level recorded since these statistics were first compiled (4th quarter 2006). However, according to Marktest's Barómetro de Telecomunicações (Telecommunications Barometer), about 24.5% of fixed telephone service customers did not use the service.

There were around 3.92 million fixed telephone service customers with direct access (0.7% more than in 3rd quarter 2016). This increase is the smallest reported since 2014.

There were also around 20 thousand public pay-telephones (a decrease of 4.5% over 3rd quarter 2016).

At the end of September, MEO was responsible for 44.9% of all main accesses, followed by Grupo NOS with a 35.3% share. Vodafone, with 15.7%, was the provider whose share grew the most over the quarter. Nowo/ONI reported a share of 3.8%. 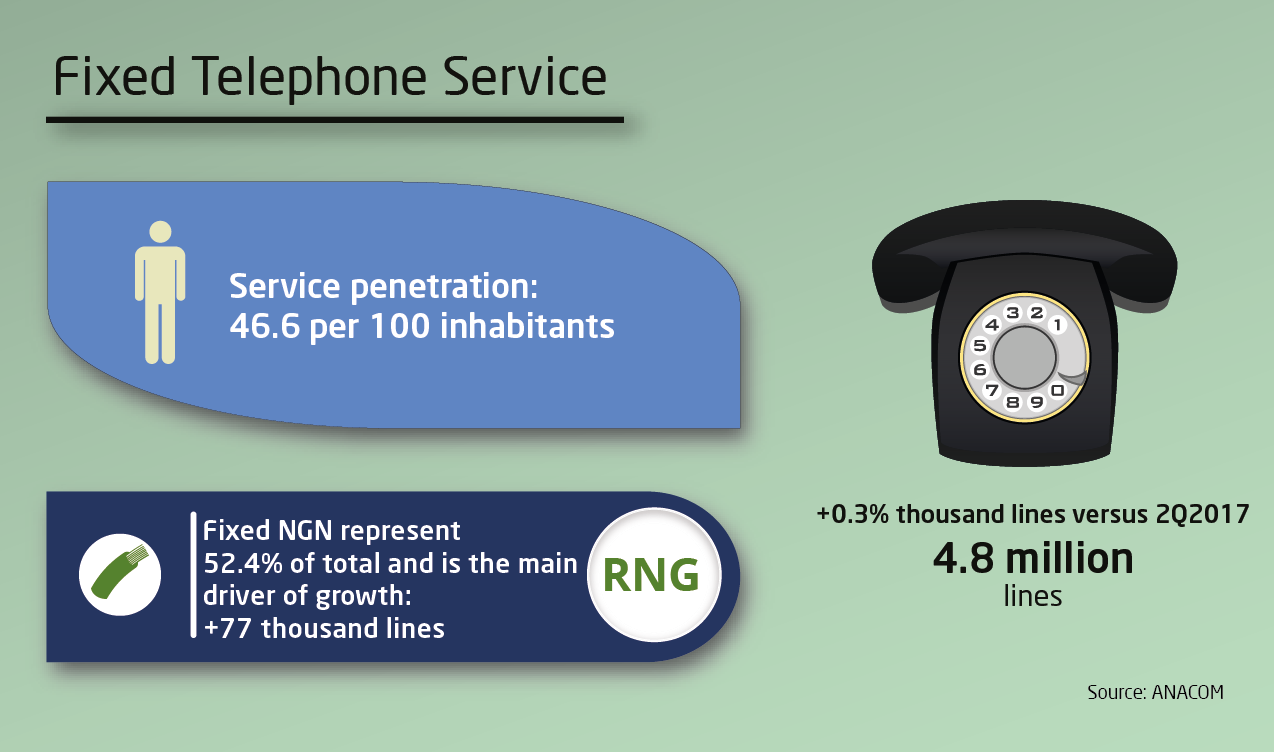