By draft decision, ANACOM has approved the renewal of the rights of use of frequencies in the 900 MHz and 1800 MHz bands allocated to Vodafone and MEO until 21 April 2033. Renewal of these rights is made subject to additional obligations to provide coverage in 100 parishes with low population density. The operators will have to provide these parishes with a mobile broadband service of a speed not less than 100 Mbps, covering at least 90% of the population.

Noting that there are areas of Portugal that have not benefited equally from investments made by the operators, it is considered essential to maintain the objectives of ensuring that coverage is extended to areas of lower population density. With a set of parishes already included in the obligations associated with the “5G Auction” Regulation, the next 100 parishes with lowest population density (not included in this Regulation) have now been identified (see Annex 1).

This decision, which is now subject to a prior hearing and public consultation for a period of 20 working days, makes it possible to accomplish the regulatory objectives assigned to ANACOM, especially in terms of ensuring effective and efficient use of the spectrum, promoting competition in retail markets, encouraging investment and avoiding disruption to continuity in the provision of communications services.

Since the radio spectrum is a scarce public resource with significant economic value, the benefits of the spectrum must be made available to the maximum number of consumers and users. In this context, ANACOM considers that the association of new obligations with rights of use of frequencies is an important mechanism to mitigate and eliminate identified deficiencies, in terms of coverage and in terms of mobile network capacity, promoting economic and social cohesion throughout Portugal.

The result of the agreement referred to above between MEO and Vodafone must be approved by ANACOM. If no agreement is reached, ANACOM will decide on the distribution of parishes between the two operators by means of a random allocation. As such the geographic scope of the coverage obligations will be accomplished, constituting an integral part of the titles that govern the rights of use of frequencies.

Vodafone and MEO are required to achieve compliance with the coverage obligations applicable to the 100 parishes no later than one year following the date on which the agreement is approved and/or following the result of the random allocation. 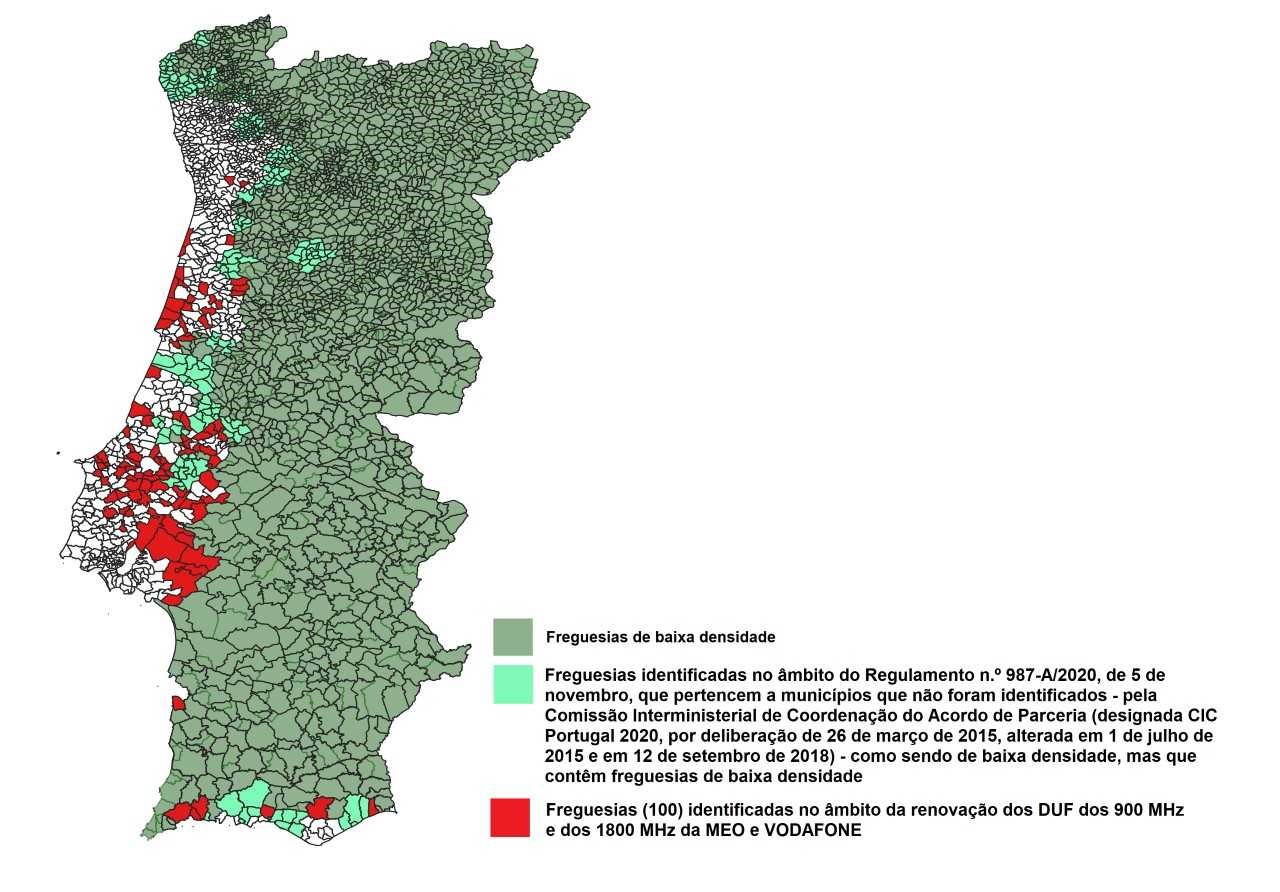