Access to the internet via satellite is available in Portugal, being especially destined for internet access in remote zones with low population density and/or more complex topography, according to the report published on this date by ANACOM. Despite the low penetration of this service in Portugal, the number of subscribers grew by 78.5% between the 4th quarter of 2018 and the 3rd quarter of 2020. Thus, the internet via satellite reached 1,200 accesses at the end of 2020, corresponding to less than 0.3% of the total accesses from a fixed location, but reflects growth of 32.4% in relation to 2019. In the 2nd quarter of 2020, after the declaration of the pandemic (which occurred in the previous quarter), the service recorded its strongest increase in absolute terms up to date (see Figure 1). 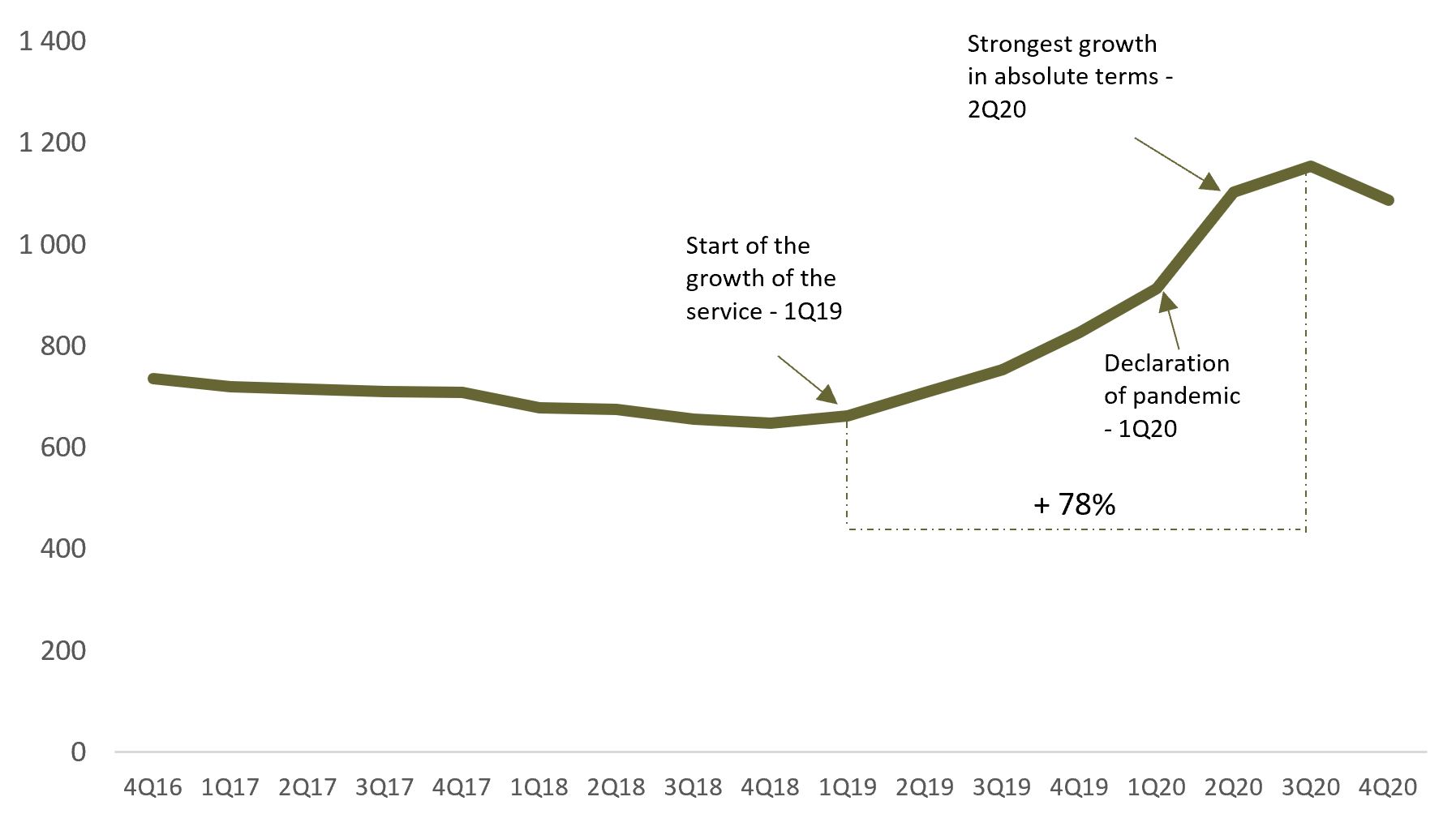 Unit: 1 Access
Source: ANACOM based on information reported by the regional providers

At the end of the 1st quarter of 2021, there were six providers that advertised on the internet and marketed retail offers of the service of internet access via satellite in Portugal, and one provider that was at a testing stage (see Table 1).

Source: Websites of the providers

In Portugal there are currently residential and non-residential offers (the prices and features of the offers are summarised in tables 1 and 2 of the Annex). The residential offers show installation costs of up to 150 euros (self-installation is permitted in some cases implying that these costs are not applicable), activation costs between 19.9 and 49 euros (in some cases the activation cost varies according to the existence or not of a binding period and its duration) and hiring costs (between 4.9 and 9.99 euros per month) or acquisition of the equipment. The monthly charges vary between a minimum of 12.90 and a maximum of 119.99 euros, according to the features of the offers, namely the associated speeds and traffic limits.

Access to the internet via satellite is a high-speed bidirectional service, which is an essential means to reduce digital divide. In addition to this, connectivity via satellite is also important in the aviation and shipping sectors that operate with radiocommunication stations on board aircraft and ships that could be beyond the reach of terrestrial networks during their journeys. It is also one of the elements of emergency telecommunications, enabling detection, warning and response in situations of natural disaster (and others) in which the fixed and mobile networks are no longer available. 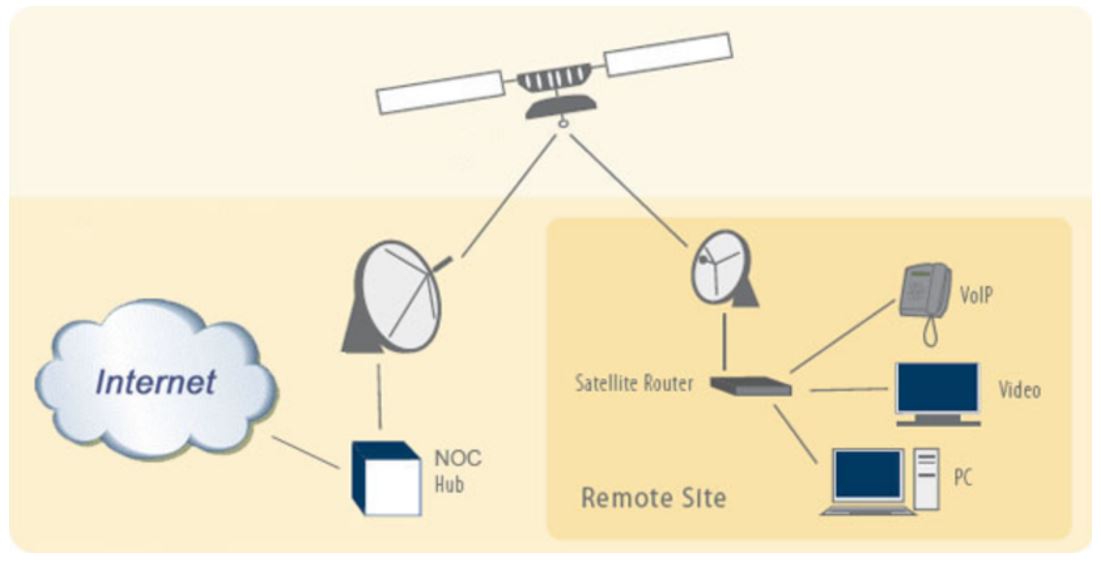 Source: How Does Satellite Internet Work?

The networks supporting access to the internet via satellite are geostationary or non-geostationary satellite networks. If the satellite is geostationary (GSO), all this exchange of information is delayed by 500ms (half a second), considering the signal uplink and downlink. If the satellite is non-geostationary and low earth orbit (LEO), this delay or latency may only be 50ms. The construction of new low orbit satellite systems should considerably minimise the problem of latency, enabling having information practically in real time. Whatever the selected solution (GSO satellite, such as, for example, the EUTELSAT, SES or ViaSat satellites, or new low orbit systems, such as, for example, the SpaceX Starlink system or the OneWeb system), internet via satellite will contribute to address the problem of internet access in rural or remote areas and in small towns where fibre optic infrastructure is inexistent.

From a commercial point of view, in 2020, about 1085 small satellites were launched, of which 773 belong to the SpaceX Starlink network. OneWeb launched 104 satellites, SWARM launched the first 12 satellites of a constellation planned for 150 satellites, SPIRE launched 14 cube sats and other operators, such as EUTELSAT and ISRO (GSAT-30) of India, also placed commercial communication satellites in orbit. It is estimated that, over the next few decades, the offer of internet via satellite will become one of the major businesses of New Space based on mega-constellations, representing the largest portion of the generated revenue.

Units: Euros including VAT, GB, Mbps
Source: ANACOM based on information collected from the providers' websites

1 By decision of 8 January 2021, ANACOM registered EUTELSAT in the log of companies offering electronic communications networks and services, under number CE-2021-001.
2 The Greenmill website is not currently available, due to a fire in the infrastructure of one of its suppliers.
3 This provider was acquired by Eutelsat and no longer accepts new clients.
4 This entity is currently being registered in the log.
5 Registered on 29 March 2021. At a testing stage (beta testing). See Internet via Starlink satellite can now be ordered in Portugal