A videoconference meeting was held on 4 March 2021 between the Chairman of the Board of Directors of ANACOM, João Cadete de Matos, and the Director of Global Satellite Government Affairs da SpaceX, Matt Botwin, which addressed matters related to the development of the Starlink satellite constellation to provide access to the internet. During the meeting, it was conveyed that entire Portuguese territory had recently been covered by the network of satellites already placed in orbit by SpaceX, which aims to start the marketing in Portugal, by the end of the month of June, of its services of broadband access to the internet via satellite, having incorporated the company Space Exploration Technologies Portugal – SXPT in our country. 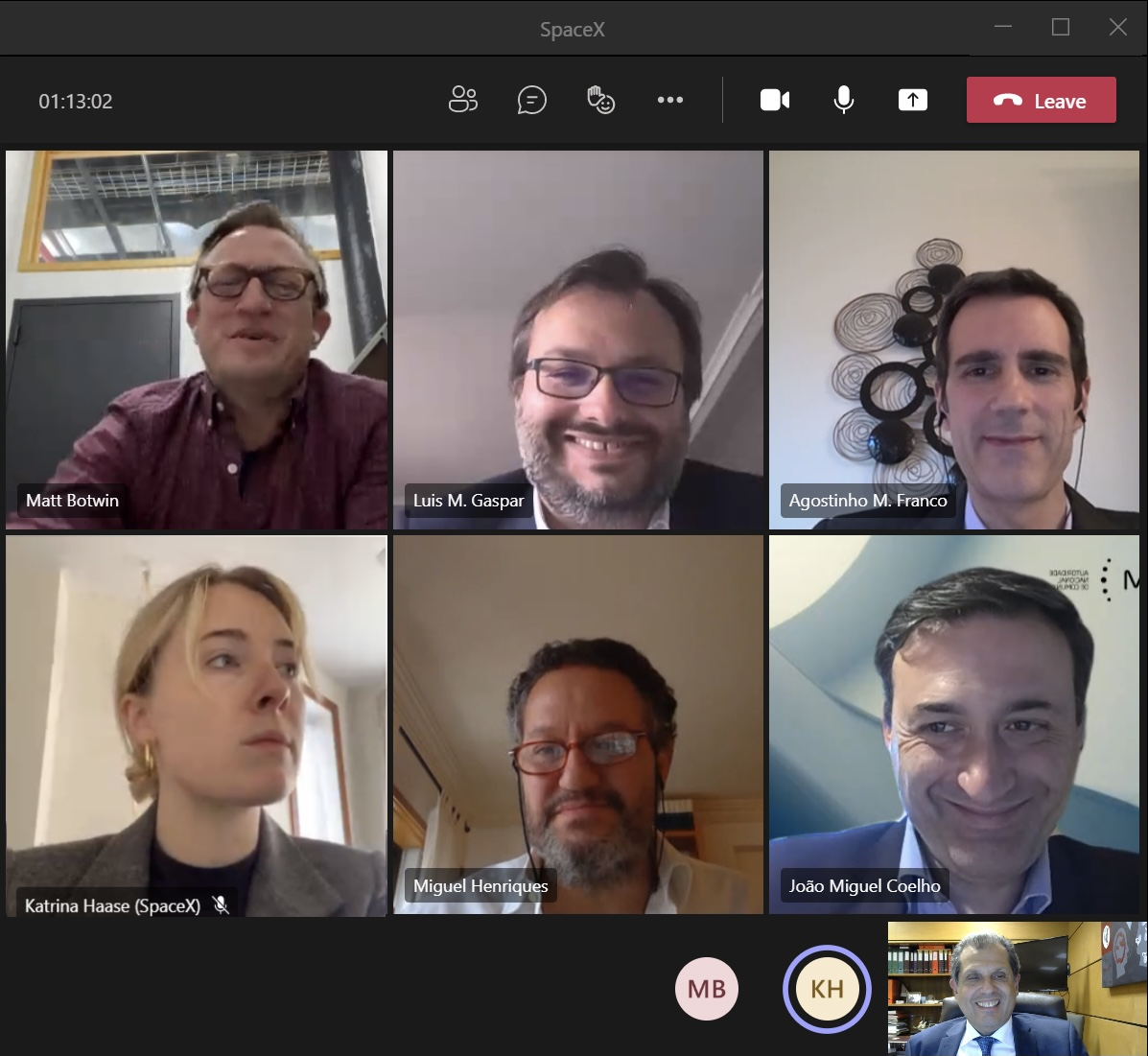