Between the end of 2009 and December 2020, telecommunications prices in Portugal increased by 6.5%, while in the European Union they fell by 10.8%. The difference narrowed following the entry into force on 15 May 2019 of the new European rules regulating the prices of intra-EU communications (Figure 1).

A finer comparative analysis of some countries reveals that a divergent price trend was installed from 2011-2012 onwards. In particular, telecommunications prices in Portugal increased by 6.5%, while in Spain, Italy and France they fell by 9.4%, 16.9% and 24.3%, respectively, between the end of 2009 and December 2020. 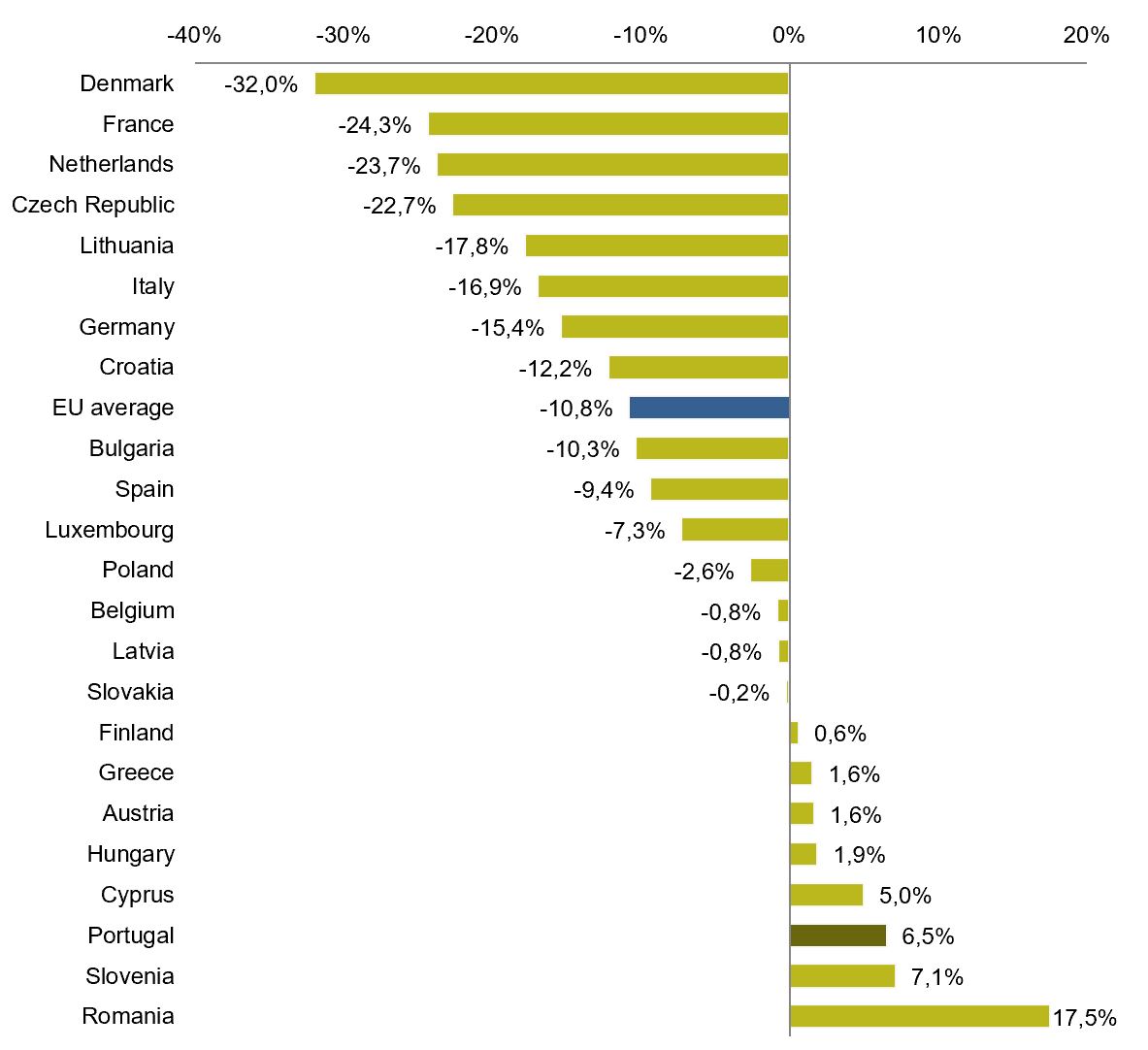 Unit: %
Source: ANACOM, based on Eurostat data
Note: Information not available for the United Kingdom, Ireland, Malta, Sweden and Estonia.

The differences between the evolution of telecommunications prices in Portugal and in the EU (+17.3 p.p. in accumulated terms) were primarily due to the “price adjustments” implemented by the providers, normally in the first months of each year (Figure 2). 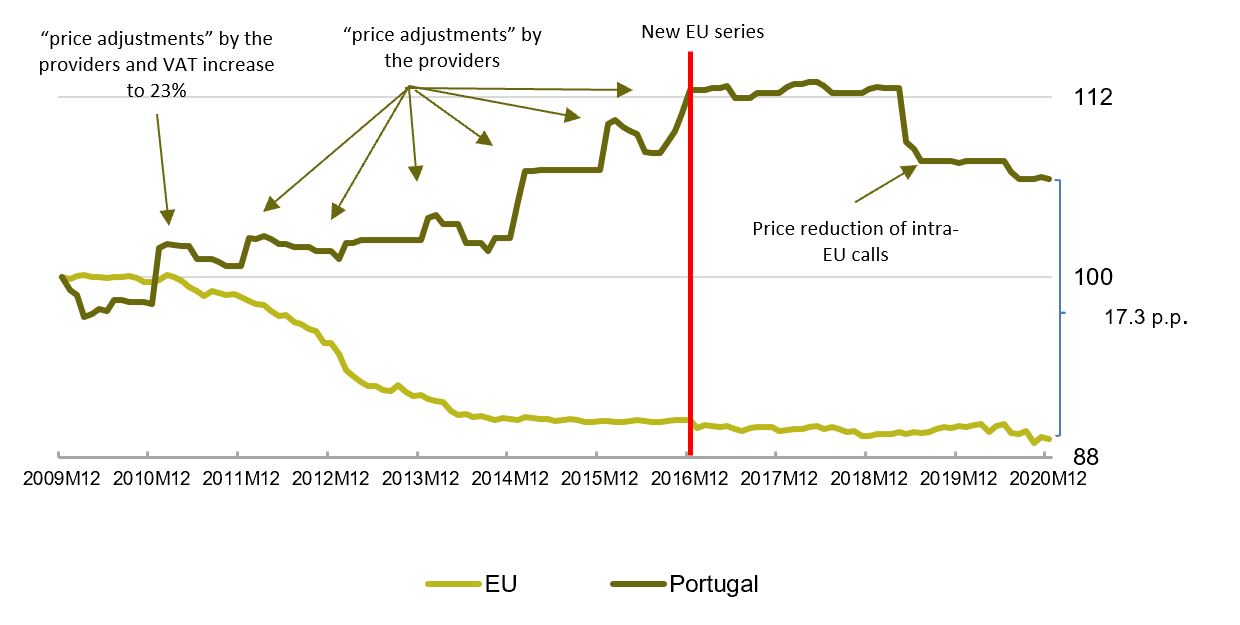 According to Eurostat, in December 2020 the average variation rate of the last twelve months of the prices of telecommunications services in Portugal was 2.1 p.p. lower than the EU average, with Portugal having been ranked as the 23rd country with highest price increases. The countries in which the highest price increases occurred were Poland (+4.1%), Finland and Romania (+1.8%), while Ireland (-3.6%), the Czech Republic (-3.5%) and Denmark (-2.8%) showed the strongest reductions.

Compared to the same month of the previous year, Portugal was ranked in the 20th position of the countries with highest price increases, among the 27 countries considered (Table 1).

If we only consider the prices of mobile data, in 2020, Portugal was the 5th country of the EU27 with the highest average price of 1 GB, 45% above the average, according to the study “Worldwide mobile data pricing 2020” conducted by Cable.co.uk1. Only Cyprus, Greece, the Czech Republic and Hungary have higher prices than Portugal. 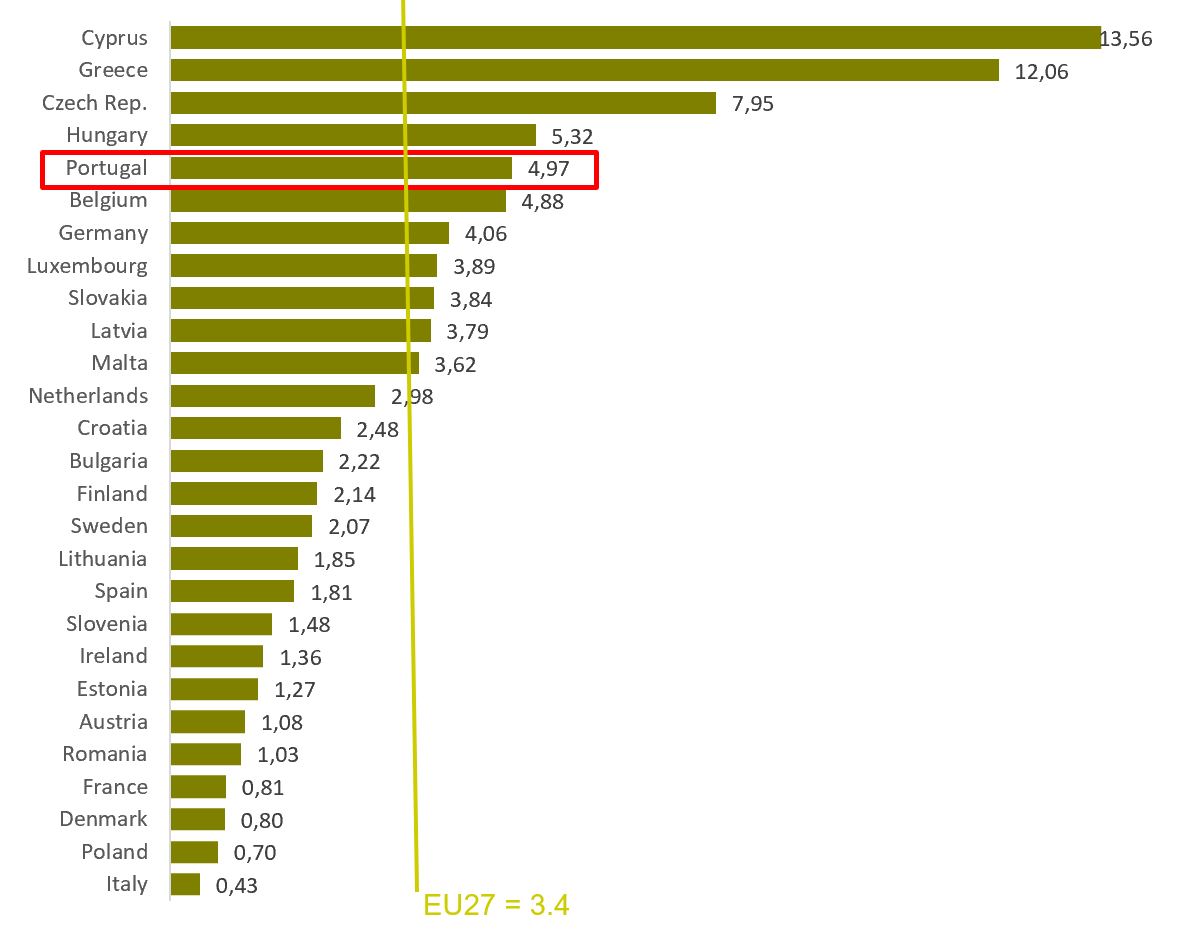 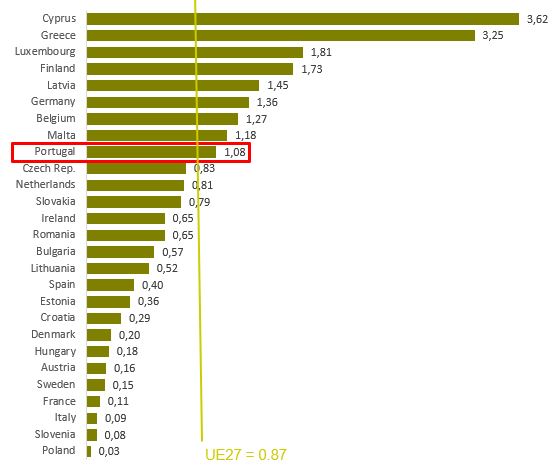 1 Cable.co.uk is a price comparison service provider that was established in the United Kingdom some 10 years ago, and is one of the seven entities accredited by the UK's communications regulator (OFCOM) for the provision of price comparison services. The accreditation process involves independent audits on the accessibility, accuracy, transparency, comprehensiveness and up-to-dateness of the information provided (see https://www.ofcom.org.uk/about-ofcom/latest/features-and-news/cable-reaccreditedhttps://www.ofcom.org.uk/about-ofcom/latest/features-and-news/cable-reaccredited).