ANACOM attended the “Portugal Air Summit 2020” conference, with the participation of Pedro Ferreira in the session on “Space Law”, held on 21 October 2020 in Ponte de Sor.

It also took part in the sessions on “Navigation” and “Satellite Telecommunications” on 23 October 2020, which were moderated by Fernando Guerra.

The Chairman of the Board of Directors of ANACOM, João Cadete de Matos, also participated in this conference, in the session titled “Aeropolitical morning – Discussion on the eve of the Portuguese Presidency of the EU”. 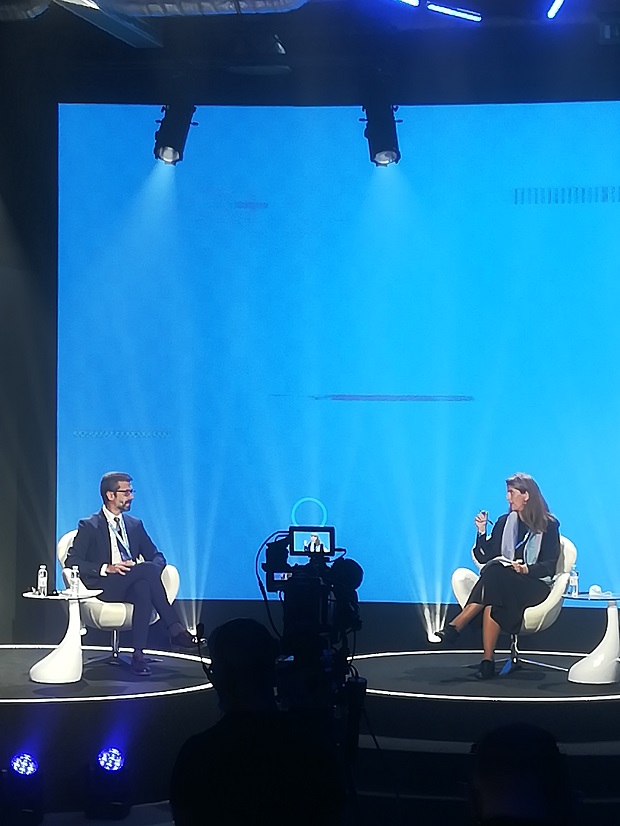 Fernando Guerra, from ANACOM (right) during the “Navigation” session, which he moderated.