A meeting was held on 8 September, in Tondela, between ANACOM and the Viseu Dão Lafões Intermunicipal Community (CIM), aimed at disclosing information on the migration of the transmitters of the digital terrestrial television (DTT) network and the measures taken by ANACOM to mitigate the impact of this process among the population.

One of the aspects highlighted at this meeting by the Vice-Chairman of ANACOM, João Miguel Coelho, was the scheduling of migration of transmitters serving the municipalities of this CIM, as well as the free telephone helpline (800 102 002) provided by ANACOM, that operates every day between 9h00 and 22h00, which people may call to clear doubts and obtain support in retuning their television or DTT decoder. If anyone is unable to retune the equipment on their own or with assistance provided through this free helpline, ANACOM will schedule a visit to this person's home for its technical personnel to do the retuning free of charge. ANACOM also mentioned its delivery of a letter with an explanatory leaflet to all residences and commercial establishments, in addition to other communication initiatives that are planned.

The DTT transmitters serving the municipalities included in the Viseu Dão Lafões CIM shall be switched between 10 September and 6 October 2020, starting with the Caramulo transmitter.

The Vice-Chairman of ANACOM emphasised the concern to prevent people from ending up without free television and, hence, the importance of supporting the population in this process.

The problems experienced in the past in the postal sector, in which various municipalities risked ending up without a post office, and the measures aimed at preventing this, were topics addressed at the meeting, as well as the 5G implementation calendar and the content of the draft regulation of the auction submitted to public consultation.

At the meeting, the local government authorities expressed their concern with fraud in the DTT migration process, praising ANACOM's active effort to disclose the process in a manner preventing this and showed their willingness to collaborate in this process.

Other concerns are related to the insufficient broadband coverage, both mobile and fixed, at a time when it appears essential due to the pandemic situation (Covid-19), in addition to being crucial in economic and social development and to promote territorial cohesion. ANACOM referred to national roaming and the sharing of infrastructures as a way to improve the coverage of zones of the country in which it is most insufficient, with less investment effort. ANACOM also recalled the mobile broadband coverage obligations imposed at the time of the Multiband Auction and the renovation of the 2100 MHz frequency user rights, as well as the recommended price reduction for Fibroglobal as a form of improving communications in Portugal. 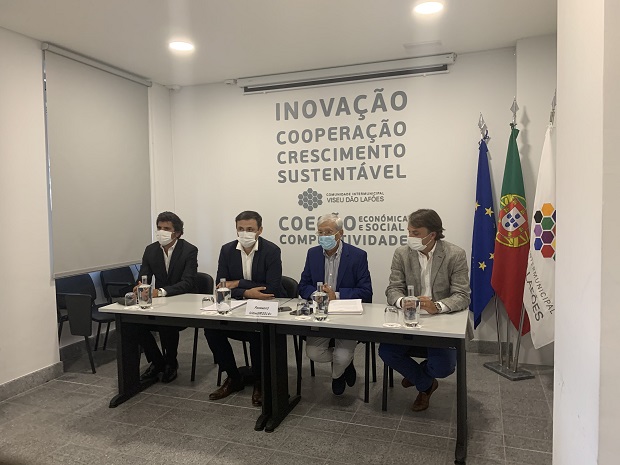 Representatives of ANACOM and the Viseu Dão Lafões Intermunicipal Community attended the meeting.