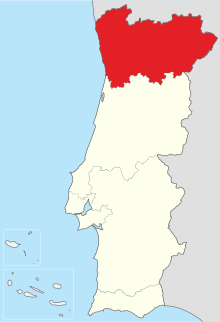 This study, relative to the North region, is the second conducted by ANACOM this year. The first study, related to the Alentejo region, was published in January this yearhttps://www.anacom.pt/render.jsp?contentId=1499819.

These studies aim to provide the market with impartial information on the performance of these services, and characterise the user experience in terms of accessibility, retention and integrity of the services. For this purpose, the following were performed by ANACOM: (i) calls and conversations, to assess voice service; (ii) downloads of files, web pages and videos, to assess data services; (iii) measurements of radio network signal levels, to assess coverage; resulting in 13 quality indicators used to measure service performance and radio coverage (see Annex 1).

In this second study, relative to the North region Norte (NUTS II), the systems analysed show, on average, good GSM radio coverage and adequate UMTS and LTE radio coverage, albeit with differentiated performances among the categories of urban areas (see  Annex 2) and between the operators (see Annex 3), in particular:

Voice service presented a good overall performance in all operators; however, in the predominantly rural areas recording a sharp decline, especially with respect to the capacity to establish and retain calls.

Internet browsing and YouTube video streaming services, as well as data transmission latency, performed considerably less well than file transfer, with some differences also being observed between operators and categories of urban areas. In general, worse performance was recorded in moderately urban and predominantly rural areas.

This study is based on tests performed according to the new methodology approved by ANACOM in 2017, after consulting the market. Measurements are performed systematically, with standardised procedures and without human intervention or decision, and under equal conditions for the various operators, allowing objective and comparative analysis of performances. In the sampling approach followed, the set of mobile communications carried out in the mainland territory is considered as the universe, with the mobile voice call and the mobile data session being the statistical units considered. The sample is based on two stratification levels. The first separates the mainland territory into NUTS II, followed by a breakdown by NUTS III. The study now released concerns the results obtained from the sample for the North Region (NUTS II).

It should be stressed that the reading of the results must take account of the dynamic nature and permanent evolution of mobile communication systems.

2. Accessibility of the Voice Service – probability of success in establishing calls;

3. Ratio of Termination of Voice Calls – probability of a call, after successfully established, continuing active during a period of time and terminating in a normal way, in other words, as intended by the user;

4. Time of Establishment of Voice Calls – period of time that the network takes to establish the communication, after the correct sending of the request (destination telephone number);

5. Audio Quality – perceptibility of the conversation during a voice call;

6. Ratio of Termination of Data Sessions – probability of a session of use of the service – file transfer, internet browsing or YouTube video streaming – being established and taking place successfully, i.e. remaining active during the entire predefined period for file transfer, enabling the transfer of the entire web page or the full reproduction of multimedia contents;

9. Time before Start of Viewing Contents – period of time between the request for a multimedia content and the start of viewing the first image of this content, on the user's terminal equipment, in a YouTube video streaming session;

10. Duration of the Interruptions – aggregates the duration of all the interruptions or stoppages in the reproduction (freezing) occurred during a YouTube video streaming session;

11. Video Quality – quantifies the visual quality of the communication, during a YouTube video streaming session;

12.Video Resolution – quantifies the average number of pixels of the image during the video reproduction, of a YouTube video streaming session;

13. Data Transmission Latency – quantifies the time required for the bundle of information to travel from the user's equipment to the Content Server or vice-versa.

Summary of differences between categories of urban areas 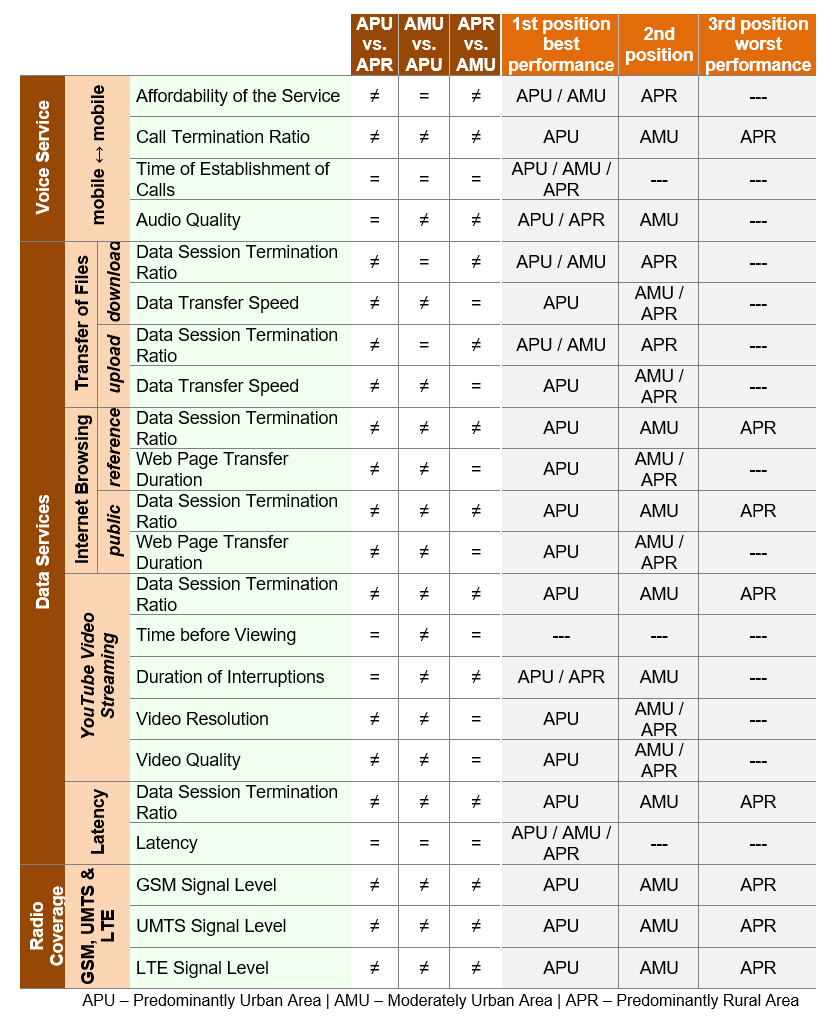 Summary of differences between operators 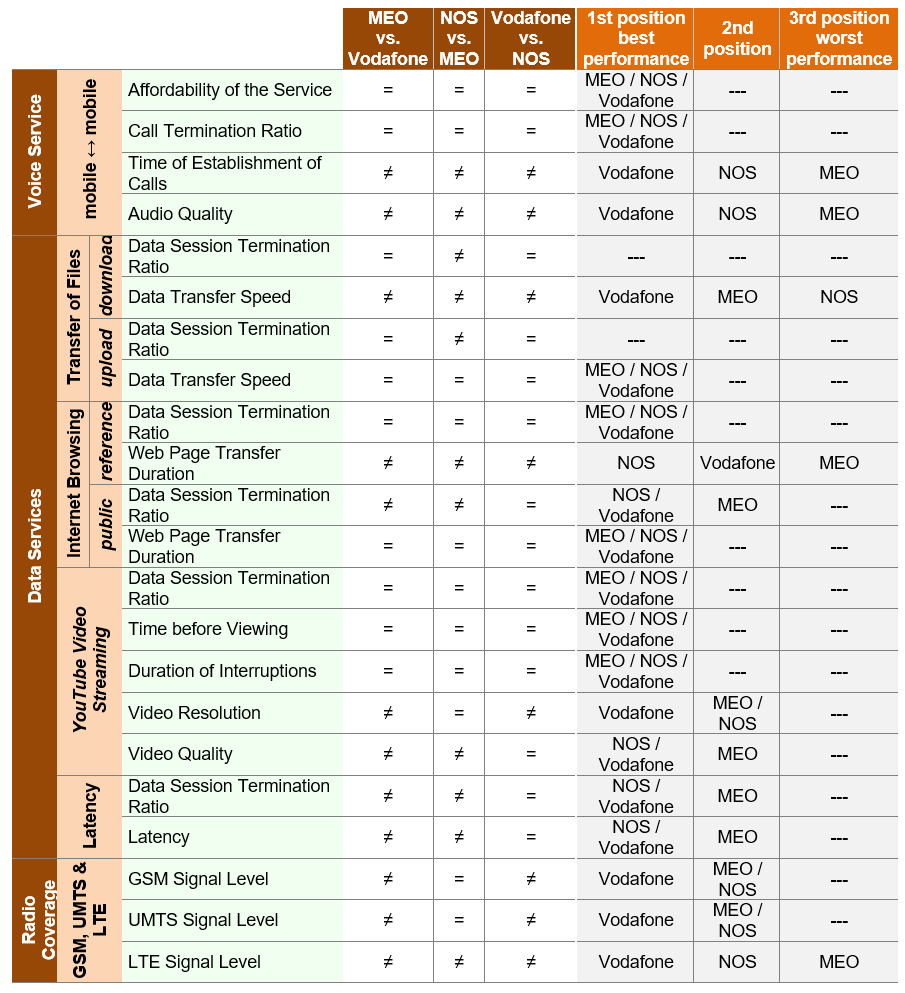