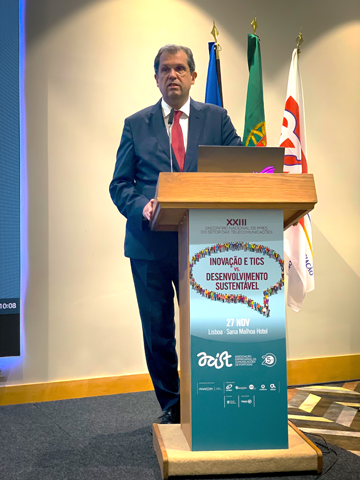 The sharing of infrastructures among operators, co-investment and national roaming were the topics addressed at the meeting, during which it was emphasised that these imply lower investment costs, which would enable lower costs to consumers as well as gains for the providers, which would thus be able to ensure a better payoff of the investments.

«If the costs are doubled, tripled or quadrupled, they must be paid by someone, harming the shareholders and consumers», João Cadete de Matos stated at the conference.

ANACOM's Chairman also talked about the operators sharing infrastructures not merely the passive component, but also the active components. He also defended national roaming solutions, so as to enable an operator's customer to use other operators when there is no coverage of its network. Indeed, this would be similar to the case of a foreigner visiting Portugal, where the foreigner can make calls through any of the networks. ANACOM's Chairman argued for the establishment of agreements between operators, in order to put an end to a negative discrimination of the residents in Portugal.

João Cadete de Matos also mentioned the 5G implementation in Portugal and spoke about the process of migration of digital terrestrial television (DTT), which started on that very day, with the alteration of the Odivelas Centro broadcaster. He referred to the entire plan endorsed by ANACOM to support the populations affected by the alteration of this broadcaster: the creation of a call centre; the existence of teams in the field; and a huge series of communication actions that have been carried out: mass mailing to all residences and commercial establishments, clarification sessions with the elderly, roadshow to disseminate information to all the parishes involved, etc.

Nuno Castro Luís, head of ANACOM's Division of Infrastructure and Equipment Market Oversight participated in the same Conference, having delivered a speech dedicated to the theme ««ITED/ITUR - Novas regras, realidades emergentes» (ITED/ITUR - New rules, emerging realities). On this occasion, ANACOM's head of division spoke about the 4th edition of the ITED manual and the 3rd edition of the ITUR manual, in particular the changes made (see 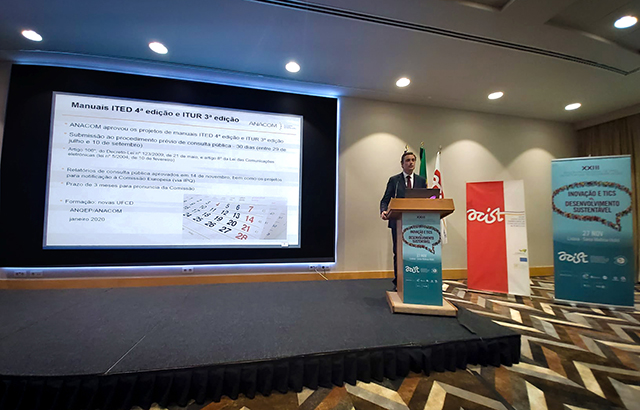 During the Meeting, a direct connection was made to Odivelas, to mark the moment of the broadcaster's migration to the new frequency.