Held on 18 and 19 November 2019, at the headquarters of the Comunidade dos Países de Língua Portuguesa (CPLP) [Community of Portuguese-Speaking Countries], in Lisbon, the primary aim of the CPLP Focal Point Meeting was to discuss the proposed strategy for implementing the Digital Agenda for the CPLP to be submitted for approval at the following Meeting of Communications Ministers of the CPLP, which should be held next year.

On 18 November, a session was held dedicated to submarine cables, an ongoing topic in this Digital Agenda, in which experiences, expectations and concerns/challenges were share, both from the perspective of the national regulatory authorities of Portugal and Cape Verde (ANACOM and Agência Reguladora Multissectorial da Economia de Cabo Verde (ARME) [Multisector Regulatory Agency of the Cape Verdean Economy], and the private sector (Angola Cables and Equinix).

This meeting, which was attended by João Cadete de Matos, Chairman of the Board of Directors of ANACOM, in the opening session, and Alberto Souto de Miranda, Undersecretary of State and Communications, involved the participation of Angola, Brazil (remotely), Cape Verde, Guinea Bissau, Equatorial Guinea, Mozambique and Portugal. 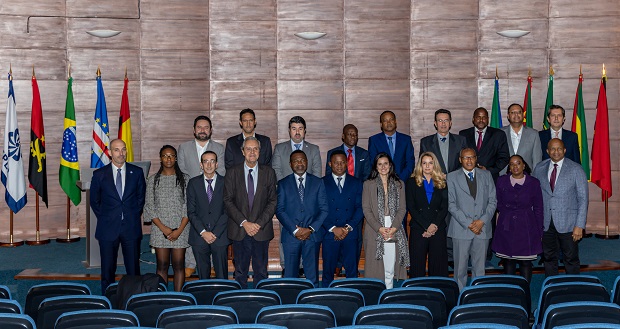 Participants in the meeting