The working group to monitor migration of the current digital terrestrial television network (DTT) has had its first meeting (held on Friday, 5 July). This group was set up to accompany the migration process and should provide a forum for an exchange of information among the organisations involved, focusing on the actions being developed and providing opportunity for the discussion of topics, ideas and opinions for other actions to be developed.

The purpose of this meeting, chaired by João Cadete de Matos, Chairman of ANACOM, was to present the national road map for release of the 700 MHz band, where the DTT network currently operates, and listen to the opinions expressed by those present with regard to the roadmap, and also to clarify any uncertainties and establish collaboration platforms in this process.

Migration from the current single-frequency DTT network - to release the 700 MHz band for the allocation of spectrum rights to mobile communications services - to a multi-frequency network will be undertaken without changing the structure and technology of the current network. In collaboration with MEO (network operator), ANACOM has been planning implementation of the process.

According to the defined timetable, the migration of the DTT network will commence in 4th quarter 2019, so that the 700 MHz band is released by the end of May 2020. 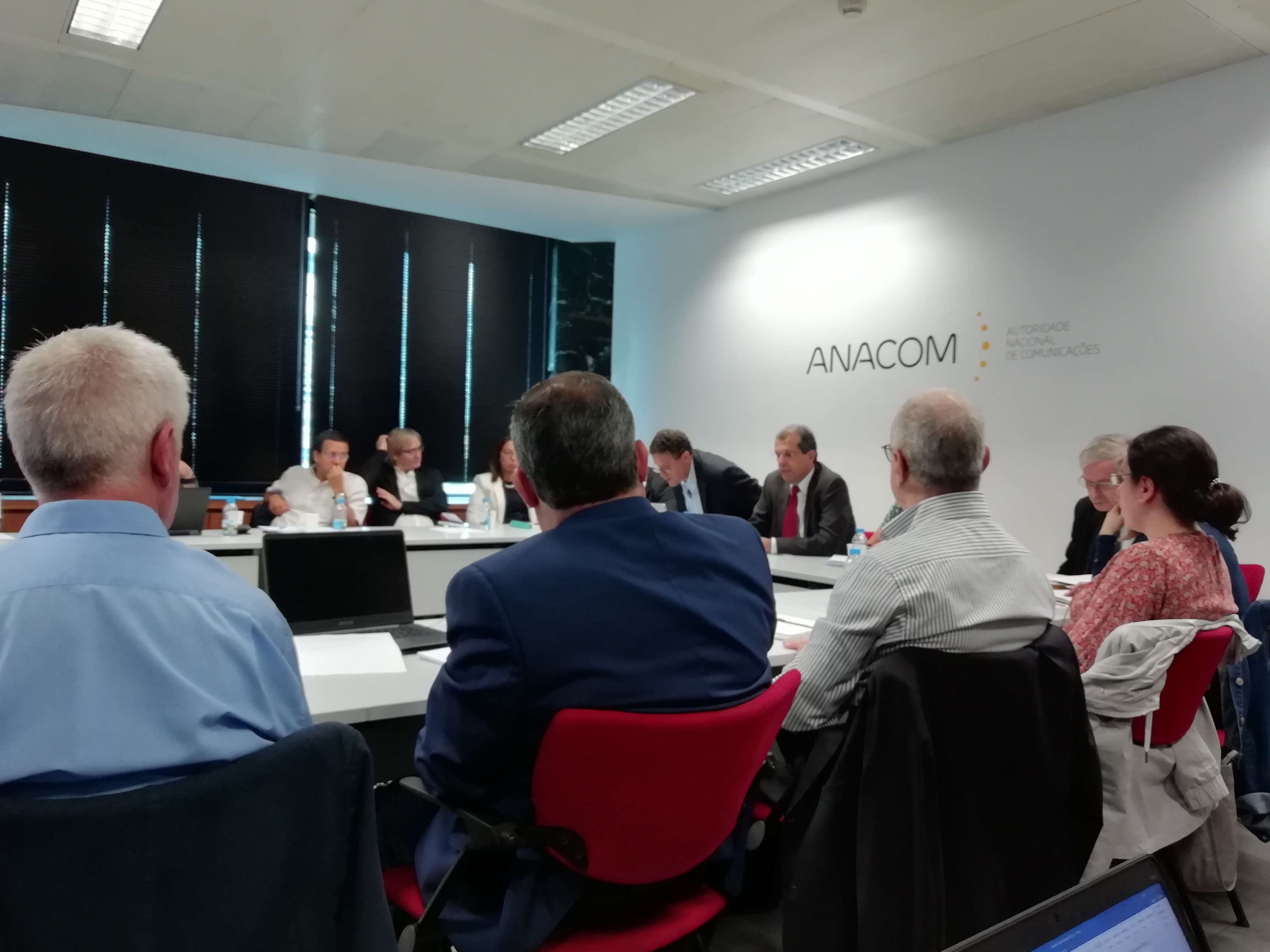