Postal traffic continued to decline in 2017, by 5.1%, to 781 million postal objects. This trend has been experienced since 2013, with a cumulative decrease of 15.9%, according to the statistical report for the 4th quarter of 2017 published by ANACOM. The reduction of postal traffic is mostly due to postal communications being replaced by electronic communications.

Despite the overall reduction in postal traffic, incoming international mail performed positively, rising by 6.5% in 2017. However, this type of traffic accounts for only 5% of total postal traffic.

In the period under review, CTT - Correios de Portugal had a 92.2% share of total traffic, while the other 68 providers operating in the market had the remaining 7.8% of share. Since 2013, CTT has seen its share reduced by 2.5 percentage points.

As for turnover, in 2017 revenues generated by providers legally qualified to provide postal services amounted to 649 million euros, 1.7% more than in 2016. Correspondence and parcels accounted for 67.3% and 25.8% of revenue, respectively.

The average revenue per item (excluding incoming traffic) increased 7.1% from 2016, to 0.83 euros, due to the price increase introduced by CTT on 4 April 2017, at the maximum allowed value, and the development in the revenues of another provider.

As a result of the increase in the number of network access points, postal coverage (14.9 access points per 100 square kilometres) and postal density (749 inhabitants per access point) improved. 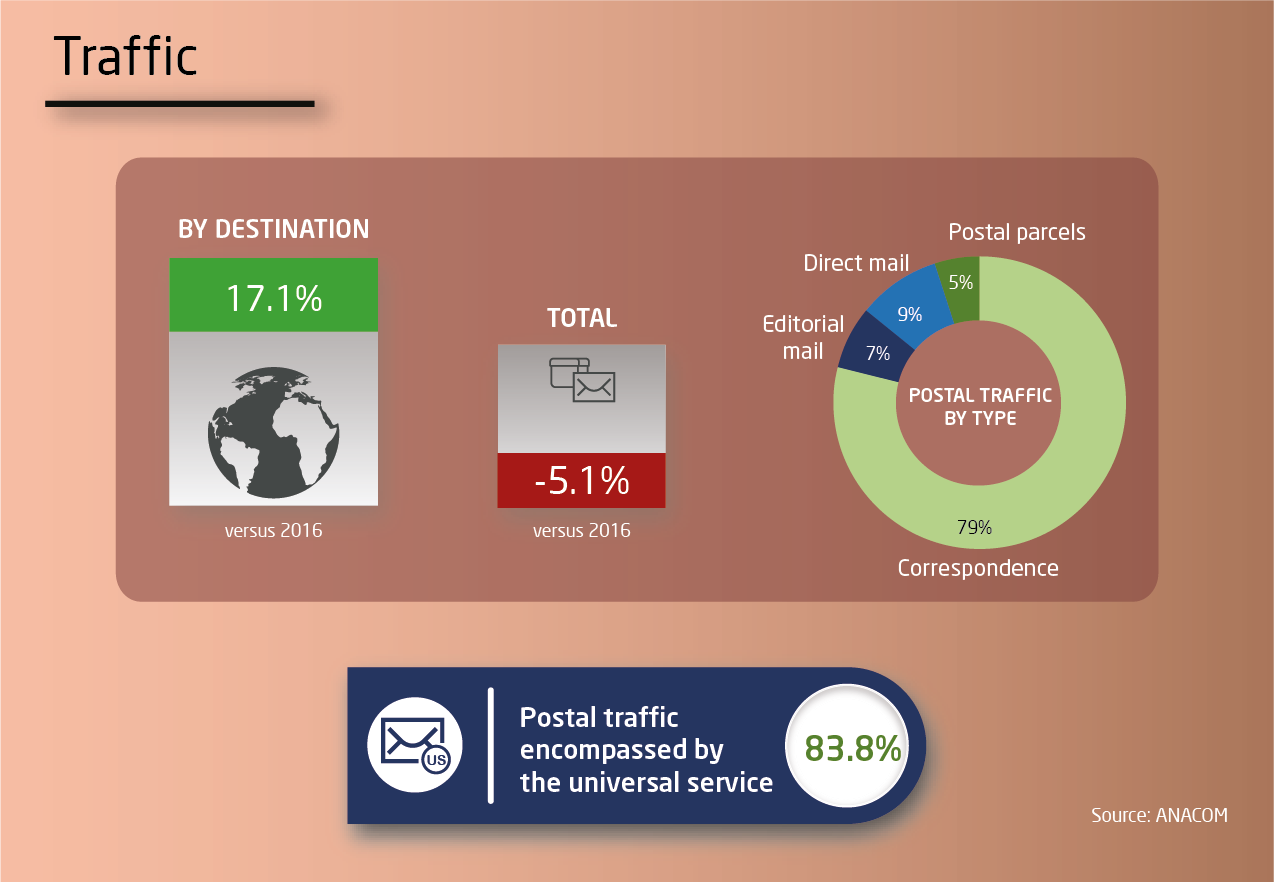 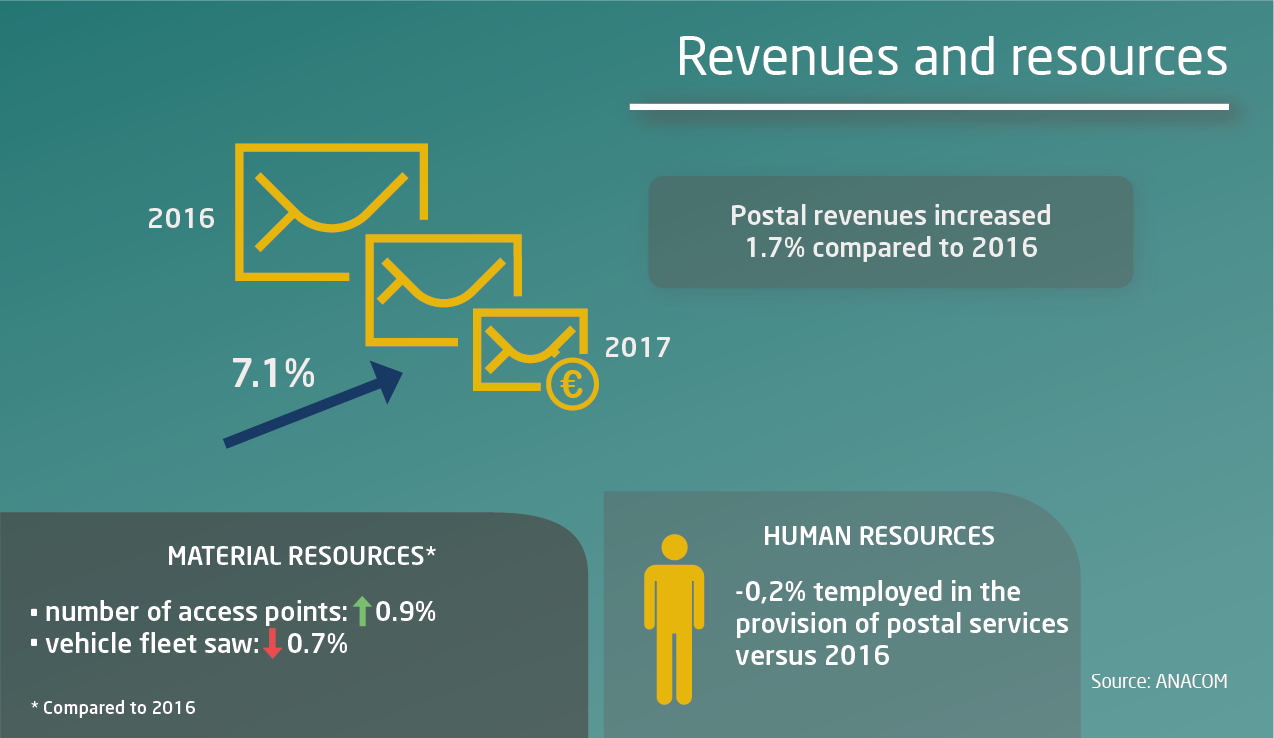