The transport of airmail to and from the Autonomous Region of the Azores has been secured. TAP and SATA undertook to meet this need at a meeting organized by ANACOM at which, in addition to representatives of the two airlines, ANAC, the Regional Director of Transport of the Azores and CTT were also present.

The meeting was chaired by ANACOM's Chairman, João Cadete de Matos. It aimed to put an end to the difficulties that have affected mail transport under the universal postal service, to and from the Autonomous Region of the Azores, at risk of being interrupted, with serious consequences for both consumers and the region's economy.

This meeting, held last week, was prompted by complaints from CTT about the lack of cargo capacity of the current air transport operators in the flow between the Mainland and the Autonomous Region of the Azores, in view of the need to transport mail under the universal postal service obligations.

This understanding is also essential to ensure the cohesion of the national territory.

The meeting concluded that SATA and TAP could ensure an effective and complete response to the air transport needs in the flow between the Mainland and the Autonomous Region of the Azores associated with the fulfilment of universal postal service obligations, under commercial conditions that must be negotiated between the parties.

This guarantee is especially important in terms of the quality obligations of the universal postal service, since a public consultation is under way on a draft decision by ANACOM regarding the quality of service obligations to be secured by CTT from 1 July 2018 until the end of 2020, which can be accessed at www.anacom.pthttps://www.anacom.pt/render.jsp?categoryId=2958. The consultation ends on 15 March, and it is particularly relevant that all interested parties should send their comments to ANACOM within the set time limit. 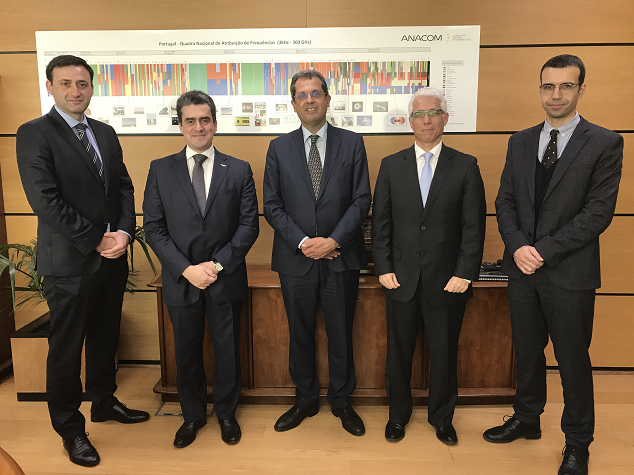